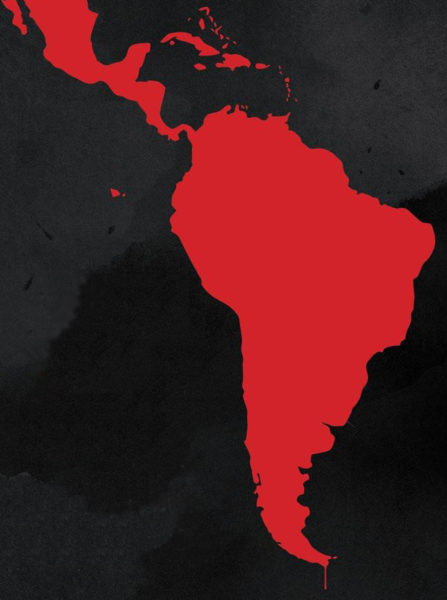 This panel will analyze the relationship between emergent imperialisms in Canada and the dispossession and resettlement of the Black-Indigenous Garífuna peoples in Honduras.

The Garífuna is a matrifocal differentiated culture born in St. Vincent of the union of Arawak Amerindians and Africans who escaped slavery and reached the other side of the Atlantic as free people. Women are a central force in the fight to preserve the Garífuna ancestral territory, which OFRANEH leads since 1978.

In Blood of Extraction: Canadian Imperialism in Latin America, Professor Todd Gordon documents Indigenous struggles across the region to defend their ancestral rights and territories from the incursion of transnational capital. He argues that the appropriation of the Garífuna commons is possible due to the complicity of the Honduran state, leaving the Garífuna land protectors and human rights advocates in an alarming state of defenselessness.

Join us for this timely and important discussion with Todd Gordon (Laurier University in Brantford, Ontario) in conversation with members of OFRANEH, a federation of Garífuna peoples seeking common defense of their cultural and territorial rights and their survival as a differentiated culture, including Miriam Miranda (General Coordinator of the Black Fraternal Organization of Honduras, Coordinator of the Platform of Social and Popular Movements of Honduras, and Coordinator of the Indigenous and Black Women of Honduras), and Carla Garcia (International Relations Coordinator at OFRANEH).