In their 2003 book Modern Political Culture in the Caribbean (University of the West Indies Press) Fred Reno and Holger Henke argued – along with various contributors – that political culture in the Caribbean was circumscribed by “a great complexity of social relations and the influence of such variables as race, ethnicity, migration and multi-faceted dependency (for example, of institutional mimicry, strategies of reproduction of metropolitan model by local elites, socio-economic conditions, popular culture) on politics.”  In this reader they then asked questions such as “What role do race, historical experience, ethnic fragmentation and economic conditions play?  How can civil society – and, thus, the people – come to play a greater role in the political process?” 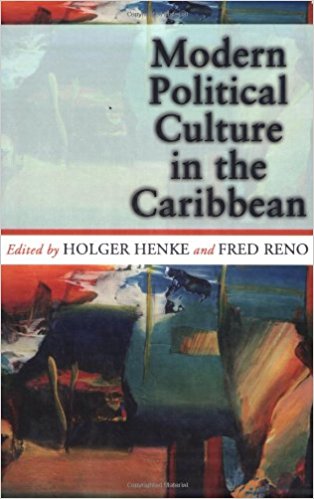 Much has changed in the last fifteen years and new dimensions exerting palpable influence on the region’s and its various and diverse national units’ political life that warrant renewed attention and examination.  Henke and Reno are now tempted to argue that in this age of social media and instant access to information the very nature of civil society is experiencing profound changes.  At the same time, the rise of the notion of so-called fake news and the open questioning by many of the – for well-functioning democracies – critical role of the media, and of experts and watchdog institutions poses a severe challenge for the political culture of Caribbean states.

These mutations in the political culture of the region warrant a new critical look at important parameters of political culture in the Caribbean.  Specifically, Henke and Reno suggest examining topics such as the following:

Other additional analytical foci may be considered, but they (as all chapter contributions) would need to:
A) persuasively demonstrate that they are in a significant way reflective or representative of a country’s or sub-region’s political culture, and
B) lend themselves to the deduction of broader conclusions regarding the political culture (as opposed to a political “moment”).

Contributions are invited which focus on any and all countries of the Caribbean Basin, especially also Spanish-speaking countries influential in and on the Caribbean (e.g., Colombia, Venezuela, Costa Rica), as well as the French, Dutch, and English-speaking countries.  This publication welcomes, in particular, submission of work from emerging Caribbean Studies scholars.  The University of the West Indies Press has expressed an interest in publishing this new edition of Modern Political Culture in the Caribbean and Henke and Reno remain in negotiation with them, as the contents of this book are being prepared.

Suggestion and inquiries are to be emailed to Dr. Holger Henke (holgerwhenke@gmail.com) and Dr. Fred Reno (fred.reno@univ-ag.fr).  Authors submitting a chapter proposal, please supply a 350-word synopsis of your argument and approach.  The approximate final length of a chapter manuscript should not exceed 7,500 words.

Above text adapted from webpage.

1 thought on “Modern Political Culture in the Caribbean”