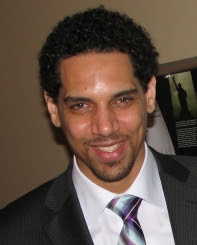 Among the most urgent questions animating recent writing on the global history of modernity
concerns the entangled relationship between the rise of capitalism with the origins of racism and the resulting structuring of global inequalities through hierarchies of racial difference. Some of the most exciting work in this regard has been done under the banner of “racial capitalism,” a phrase largely associated with the work of Cedric Robinson. This talk is part of a larger project that explores the history and historiography of racial capitalism through an emphasis on its origins, not in Europe, but in African and the African diaspora. In the larger project, Hudson will argue that racial capitalism has been reordered as a response to Black challenges to white racial hegemony; racial capitalism, Hudson will suggest, has adapted to Black claims for political sovereignty and economic independence – especially those claims made within the registers inter-state relations and international law. This claim will be examined in the context of the revolution in Saint-Domingue that led to the establishment of the Republic of Haiti in 1804. And in particular, there will be an emphasis on the links between the slave economy of Saint-Domingue and the expansion of Philadelphia merchant-capitalism – and the aborted plans of Toussaint Louverture to end the slave trade via a military expedition to Dahomey.

Peter James Hudson is an historian who obtained his Ph.D. in American Studies from New York
University. His research interests are in the history of capitalism, white supremacy, and U.S.
imperialism; the intellectual and political-economic history of the Caribbean and the Black
world; and the history of Black radicalism and global anti-imperialism. Hudson’s essays,
reviews, and occasional writings have appeared in Black Agenda Report, Small Axe, Radical
History Review, Race & Class, Haitï Liberté, the CLR James Journal, Chimurenga, the Los
Angeles Review of Books, the Boston Review of Books, Transition, and elsewhere. He is co-
editor of a recent special issue, on “Black Canadian Thought,” of The CLR Journal and editor of
the digital history resource The Public Archive: Black History in Dark Times. Hudson is also
author of the monograph Bankers and Empire: How Wall Street Colonized the Caribbean,
published by the University of Chicago Press in 2017 and released in paperback this past
summer. Hudson has taught at the University at Buffalo and Vanderbilt University and is
currently associate professor of African American studies and history at the University of
California, Los Angeles.

Above text and image adapted from email.