The work of Valerie Brathwaite, visual artist and sculptor, will be exhibited at  Henrique Faria New York from September 9th to October 24th, 2021. 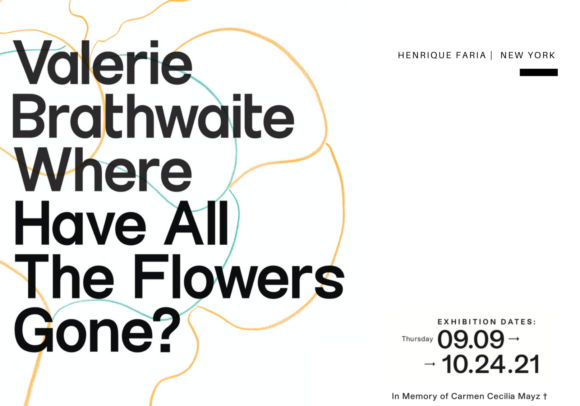 Valerie Brathwaite (Trinidad & Tobago, b. 1940) creates forms of organic abstraction, using simple sculptural volumes and sinuous lines, resembling the flora and fauna of the Caribbean. Brathwaite studied in Europe at the Hornsey College of Arts and the Royal College of Art in London, and at the École des Beaux Arts in Paris between 1959 and 1964, before moving to Venezuela in 1969. Brathwaite quickly established herself as an integral part of the contemporary Venezuelan art scene of the time and won prizes in the established salons, such as the XXXI Salón Michelena in 1973 and the Salón Nacional de Escultura de pequeño ye mediano formatio in 1976. Her work is in the permanent collections of The Museum of Contemporary Art, The Museum of Fine Art, The National Art Gallery, and The Alejandro Otero Museum, all in Caracas. In early 2021, Brathwaite was part of a group show at Henrique Faria New York, Drawings from South America II Chapter: Venezuela.

The full exhibition catalog can be found here.