The Association of Caribbean Women Writers and Scholars Presents: A Talk with Haitian Writer and Scholar Beaudelaine Pierre featuring her new book, You May Have the Suitcase Now. 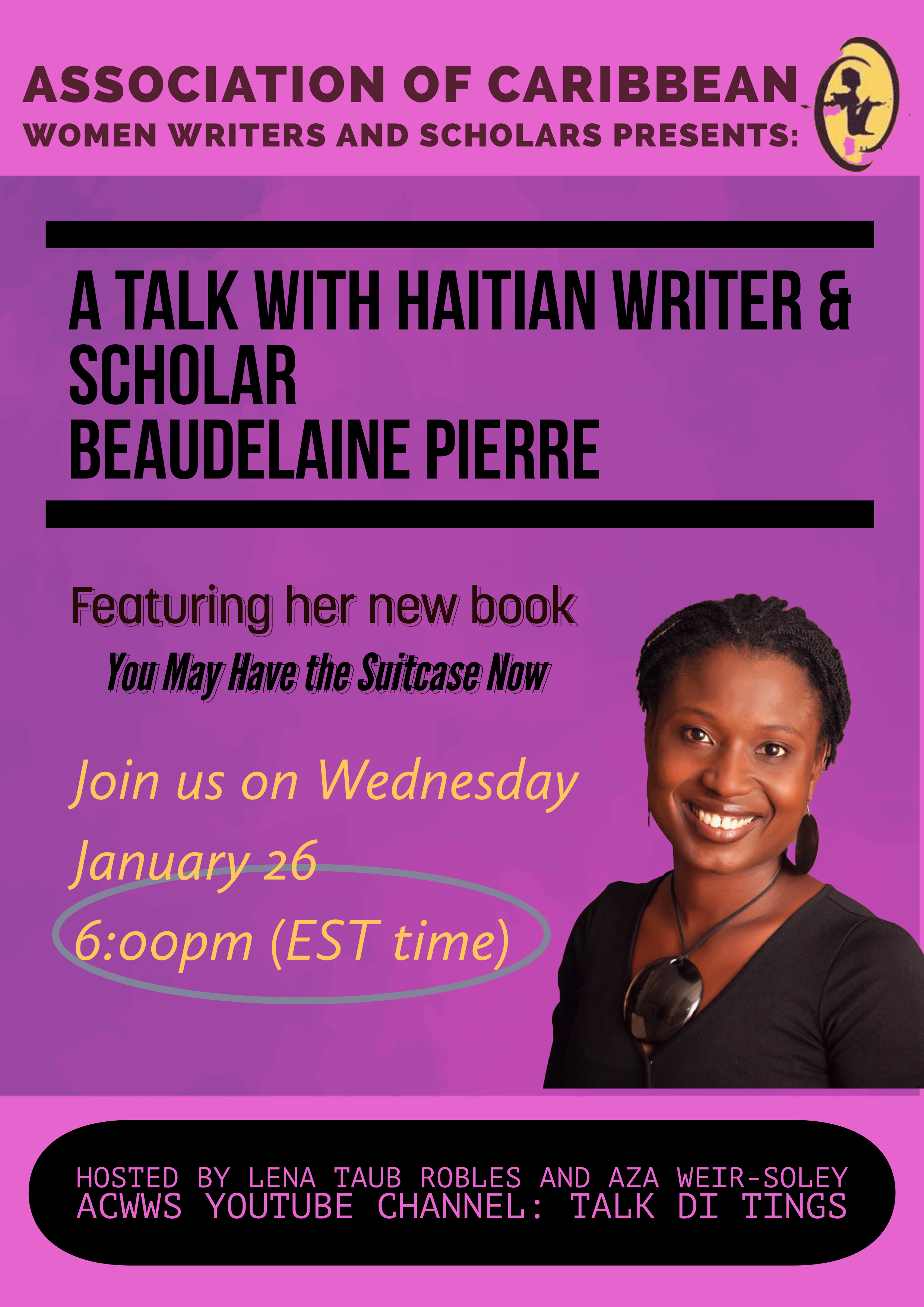 Beaudelaine Pierre is a novelist, essayist, and short-story writer. Her essay, “You May Have the Suitcase Now” was selected as the winner of the 2019 CDS Documentary Essay Prize in writing. Pierre has published three novels, La Négresse de Saint-Domingue, L’enfant qui Voulait Devenir Président, and Testaman. She coedited with Nataša Ďurovičová, How to Write an Earthquake: Comment écrire et quoi écrire / Mou pou 12 Janvye, the first anthology regarding the 2010 Haitian earthquake to be published in English, French, and Creole and written entirely by Haitian poets, writers, and artists. Pierre’s current musings explore the meaning of “hosting” as a mode of being in reciprocal relations – what it means to host, to be hosted, to be offered a home, to refuse homes, or to alter them.