A Gentleman’s War: Venture into the World of Cricket in New York 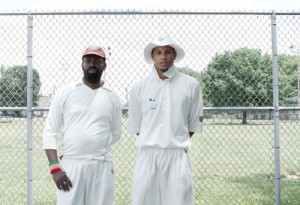 A new documentary produced by the National Black Programming Consortium, directed by Madeleine Hunt – Ehrlich and designed by Luisa Covaria.

A Gentleman’s War is a transmedia documentary that presents the sights, sounds and anecdotes of New York’s cricketing community. The project presents the milieu of the cricket match surrounding some of the fiercest competition within the sport’s iteration in America.

Cricket in New York transcends geography. A young batter in New York is noted by recruiters for national teams in the West Indies. Generations young and old who live across the Caribbean diaspora stop by a match. A player travels from Jamaica to New York to play a single game.

A Gentleman’s War features interviews with scholars of the sport, photographs of fans and players, as well documentary shorts on the Brooklyn – based Progressive cricket club who play out of New York’s well respected Metropolitan cricket league.