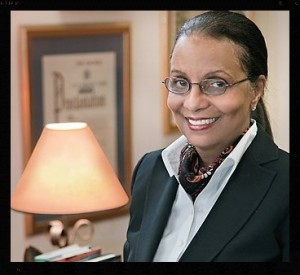 Elizabeth Nunez has delivered a masterpiece. Join her for a Book Party Conversation with special guest host, Tayari Jones.

Admission: $25 includes a signed copy of Not For Everyday Use. Food & wine.

HARLEM ARTS SALON invites you to a book party and talk in celebration of Elizabeth Nunez’s thrilling new memoir Not For Everyday Use.  Join the conversation between Elizabeth and Tayari Jones, our special guest host and author of the “compelling” novel (Vogue), Silver Sparrow. Ms.Jones will talk to Nunez about her memoir and masterful storytelling skills. A fun, informative read; a REAL page turner, brutally honest, humorous, Not For Everyday Use is an intimate, fascinating portrait of Nunez’s fascinating life.

ELIZABETH NUNEZ is the award-winning author of eight novels. Both Boundaries and Anna In-Between were New York Times Editors’ Choices. Anna In-Between won the 2010 PEN Oakland/Josephine Miles Award and was long-listed for the International IMPAC Dublin Literary Award. Nunez also received the 2011 Writers for Writers Award from Poets & Writers and Barnes & Noble, and a NALIS Lifetime Literary Award from the Trinidad & Tobago National Library. She is a Distinguished Professor at Hunter College, CUNY, where she teaches fiction writing. She divides her time between Amityville and Brooklyn, New York. Her memoir, Not for Everyday Use, is her latest work.

TAYARI JONES’ first novel, Leaving Atlanta, received several awards and accolades including the Hurston/Wright Award for Debut Fiction. It was named “Novel of the Year” by Atlanta Magazine and “Best Southern Novel of the Year,” by Creative Loafing Atlanta. The Atlanta Journal Constitution and The Washington Post both listed it as one of the best of 2002. Bookpage lists it among the best debuts of the decade.