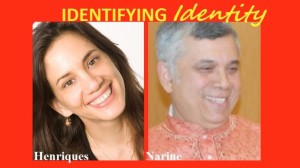 Celebrating being Hindu, Jewish and Caribbean: A series of literary readings and conversations on immigration, heritage, identity and society with by New York area-based creative writers. This month celebrating the Festivals of Holi and Purim with Dhanpaul Narine, Hindu Guyanese poet and journalist and Anna Ruth Henriques, Hindu Guyanese poet and journalist.

Ingrid Griffith’s hilarious, thought-provoking play about a 7-year old girl in Guyana whose parents get visas to America and must leave her in the care of her two aging grandmothers. Learn more