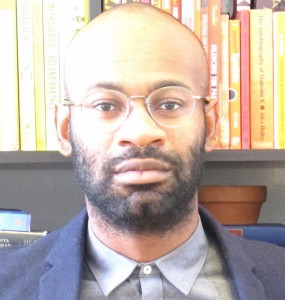 A Haunting Refrain: Time, Aesthetics, and the Afterlives of Black Radicalism

What happened to the future possibilities that once animated the longings for black and anticolonial revolution? How do we think about futurity in the context of freedom’s nonarrival? What form do utopian aspirations take when political possibilities appear exhausted? Living in the aftermath of revolutionary times, how might we remember what could have been? Working at the convergence of literature, performance theory, and visual culture, this paper considers the “afterlives” of black radical politics by way of an engagement with For Malcolm: Poems on the Life and Death of Malcolm, a collection of poems compiled and edited by Dudley Randall and Margaret Burroughs following the assassination of Malcolm X in 1965, and a photograph of Betty Shabazz and two of her daughters at the 1967 Black Arts Convention in Detroit. This paper interrogates the normative logic of reproductive futurity that frames the legacy of Malcolm X and structures the redemptive accounts of a black nation to-come narrated in the wake of his death. Rather than reproduce masculinist imaginaries of black revolution or recuperate promises of political redemption, this paper mobilizes the work of elegy and photography to open up nascent worldings that linger in the present like a “haunting refrain.”

Refreshments will be served.