Issue 30 of sx salon is dedicated to David Chariandy’s second novel, Brother (2017). Brother has received many awards and accolades, such as the Rogers Writers’ Trust Fiction Prize and the Toronto Book Award. To discuss the various dimensions of Chariandy’s novel, sx salon has gathered several voices from Canada and the Caribbean to explore the intricacies of homosocial and diasporic spaces, linearity, and the lines between nostalgia, sentiment, and survival. (Introduction)

sx salon: a small axe literary platform is a digital forum for innovative critical and creative explorations of Caribbean literature, broadly defined. Caribbean creative writing has always wrestled with the idea of an aesthetic form that engages regional and diasporic understandings of our changing realities. As a forum, sx salon aims to stimulate these sensibilities and preoccupations across different literary genres. Initiated in 2010, sx salon appears three times per year (February, June, and October). The journal publishes literary discussions, interviews with writers, reviews of new publications (creative and scholarly), and poetry and prose by Caribbean writers. 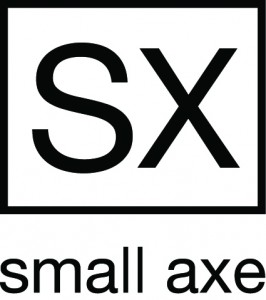