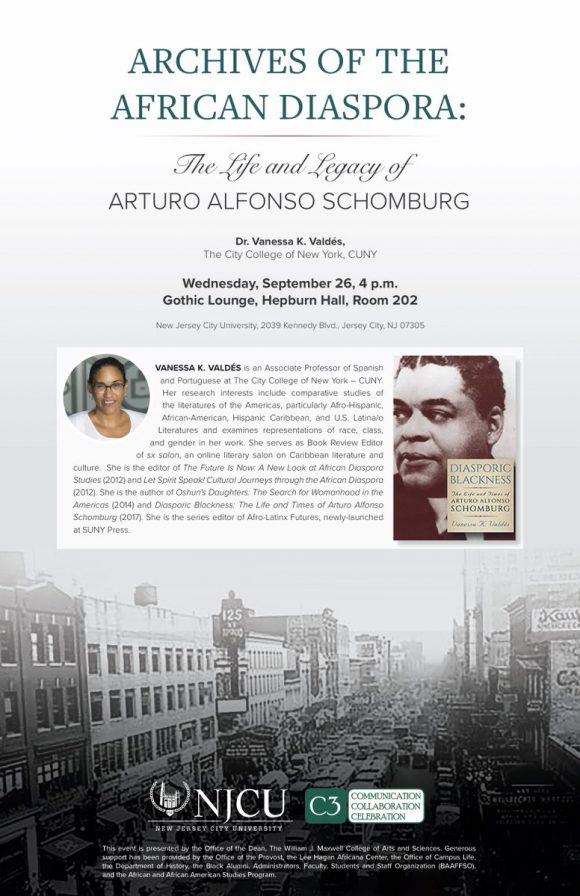 Vanessa K. Valdés is an Associate Professor of Spanish and Portuguese at The City College of New York – CUNY. Her research interests include comparative studies of the literatures of the Americas, particularly Afro-Hispanic, African-American, Hispanic Caribbean, and U.S. Latina/o Literatures and examines representations of race, class, and gender in her work. She serves as Book Review Editor of sx salon, an online literary salon on Caribbean literature and culture.  She is the editor of The Future Is Now: A New Look at African Diaspora Studies (2012) and Let Spirit Speak! Cultural Journeys through the African Diaspora  (2012). She is the author of Oshun’s Daughters: The Search for Womanhood in the Americas (2014) and Diasporic Blackness: The Life and Times of Arturo Alfonso Schomburg (2017). She is the series editor of Afro-Latinx Futures, newly-launched at SUNY Press.

Above adapted from event announcement.